Hi everybody, here we are with a new test dedicated to the home recording devices for the acoustic guitarist, a quick test of three very good condenser microphones, two with a large diaphragm, the other with a small one. The three models are the Austrian made AKG C 414 XL II (you can find one for about 800 euros), the small German made Neumann KM184 (about 700 euros) and the sE Electronics 4400a (a little less than 500 euros) produced by the same English factory of the 2200a USB tested on this website a few months ago.

The first two models are almost legendary: the AKG has been used since the ‘70s in a wide variety of applications, both live and in the studio; the small Neumann has become a true companion for many acoustic guitar players and it’s often used in the so called ‘matched pairs’, two identical models tested to have the same quality for a stereo recording.

The sE 4400a is a new product and is going to compete with the better known AKG, being a multi-pattern as its rival.

The two large diaphragm mics have 5 (the AKG) and 4 (the sE) different recording patterns, plus several cuts and attenuations. The small KM 184 is ‘what you see is what you get’, which is not always a bad thing: if we don’t really know what to do with the multi-pattern thing, it’s better to have just one.
We’re not going to write too much but we’ll let your ears be the judge. The three microphones are excellent products and we’d feel to make it wrong expressing a preference (though we know it’s our job).
The important thing is that we recorded very short audio clips at 44.100 Hz and 16 bits (audio CD sound quality) leaving the original format without post production conversions that would ruin the files. A short but better file is better than a uselessly long one, that would have less chances to be judged properly.
The recording: the three mics have been powered and connected to a PC via a Presonus Firebox audio card (FireWire not USB) and recorded by a light version of Cubase. Guitars used are a Larrivée OM-10 steel-string made in the ’90s and a handmade nylon-string by luthier Bruno Tozzi built in 1982. With each guitar we played almost identical things to try and hear the difference, mics were placed at about 20 cm from the guitar, between the soudhole and the 12th fret.

Files have not been touched after that: no EQ or reverb was applied, so the final result can be better than this. We just normalized files to have a similar output volume. The excess of bass frequencies is probably because of the proximity of the microphones to the guitar.
As always, we suggest to listen to the clips not with the PC speakers, unless you have a very good pair of near field monitors; good earphones are a better solution (not those you bought with your iPhone or similar). The risk, listening with unappropriate speakers, is judging the sound clips in a completely wrong way, even if it’s not a CD.
The three models are not exactly ‘cheap’: especially AKG and Neumann are professional products, that proved their value in time; the new sE 4400a is a little cheaper and offers probably something less than the others in terms of overall quality, but it’s placed in a very interesting price range giving us a real alternative.
The Neumann’ small diaphragm has a very interesting application for us guitar players. The other two can be used in any kind of situation in the studio, to record voices or different instruments, but it’s up to you.

We hope we made a useful test comparing the same guitars played in the same way by the same hands, trying to make evident the differences between models, giving some elements to those who are going to buy something like this, but made no decision. 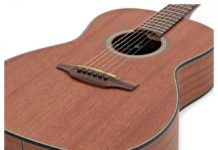 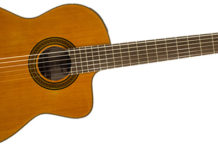 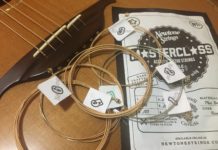