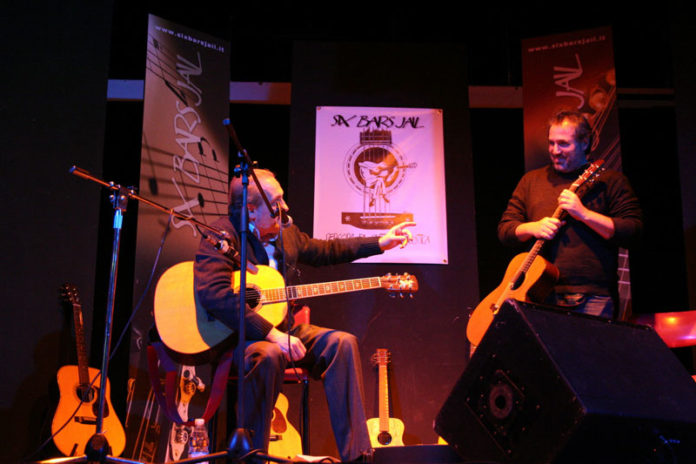 An old saying: «You can see how things will end by the way they begin». A sentence was never more appropriate than this.

It would be easy to get rid of the Beatles’ first album, Please Please Me, with a couple of short lines, thinking about what to write of masterpieces like Revolver or Abbey Road, but that would be a colossal mistake. In this first, fresh, honest work there’s the whole amazing future story of the band.

It comes out that, reading between the lines, helped by the half century that separates us from that debut, who starts well is halfway. First things first.

Everything starts that fateful October 5th, 1962, with the first single that sees the light and the band’s will to play a piece that suits them better than “How Do You Do It”, that Martin would like; The Beatles said they had a reputation in Liverpool and had no intention to spoil it. This is why the choice fell on “Love Me Do”, one of their songs, one with a vaguely blues feel that made it sound unique. We cannot say if it’s country, pop, folk or who knows what, we know for sure it was a peculiar tune, with a key hard to identify: as soon as we think we’re in C major the D major comes to tell us we’re in G. Maybe not, doesn’t matter. Fact remains that the song is simply arranged: bass, drums, acoustic guitar, with some hands clapping and John’s harmonica to complete all. And the refrain is sang by Paul because John had to play the harmonica, or he would sing it.

Simple is the B-side, too: “P.S. I Love You” is a well written, unpretentious song, but Paul’s wriggle at 1.28 of the song anticipating «Remember that I’ll always» with a «You know I want you to» almost shouted, says a lot more than it appears, if we know a little of the black and R’n’R music that inspired them. You don’t do that if you’re a crooner.

From now on and for a long year, beginning to write about the Fab Four, we’d like to make a due clarification because we know that Beatles’ followers are of many different kinds and careful about what’s written: on this pages you won’t find detailed note-for-note transcriptions or a meticulous analysis of what happened; there’s dozens of great music books for that or the amazing The Complete Beatles Recording Sessions: The Official Story of the Abbey Road Years by Mark Lewisohn (Hamlyn, 1988), a real treasure for all of us. Our contribution is based on our feelings and the analysis of small elements, or instead of 12 episodes we needed 1200.

The ‘acoustic’ analysis of the Fab Four’s guitar work will be enriched here on Fingerpicking.net by several kind of thoughts, as the band was mainly electric in the first years: we start from the two Gibson J160E acoustics bought by George and John and payed by Brian Epstein on September 10th, 1962, and from the fact that on the first song ever issued by the band there’s this acoustic, not the electric guitars. A small thing, but worth to be remembered.

Let’s forget the commonplace that “The Beatles couldn’t play”: we heard this, even from fellow musicians, too many times.

Let’s put the needle on the record and play “I Saw Her Standing There”: the impact is devastating; if we think we’re just listening to bass, drums and a guitar playing a few chords, they have an incredible groove! This shows that Paul was (against his will) one of the greatest bass players ever (he sang, in the meantime) and the mistreated Ringo Starr was everything but scarce.

We talked to friends who went to see the Beatles at the Cavern Club in Liverpool at the beginning of the ‘60s, this is what we’ve been told: «If you hear people saying that there were better bands in town, forget that. When they came in, they left nothing, they were way huge better than all the others».

Imagine this: we go to a club today and the four guys onstage start to play that “Twist and Shout” that closes the LP, what reaction could we have? Because that song is exactly what the public listened to at the time, but they were there, and it’s a big difference!

There’s back vocals almost on every track, John and Paul are in perfect harmony and George fills in, they sing like one, opening the way for performances that will remain in history forever.

We’d like to point our attention on a small detail: John’s back voice on “I Saw Her Standing There”. When they sing the title’s words together, he sings two descending notes, B and F# (he skips the A), instead of three, which would be the obvious choice to harmonize Paul, that sings three notes. It’s probably irrelevant and we don’t know if he thought about it. If he did, this shows an attention to small details (he would sing two fourth descending intervals and it probably wouldn’t sound too well) that he’d like to keep under control.

The album title track, with its two minutes, is a small jewel: the choirs are a perfect response to the chords and lead vocals crescendo, but the whole song is characterized by Ringo’ soft rolls: it goes almost unnoticed but the real leading actor is him.

(Read the rest on Laster)

The early Beatles belong to an era in which the ‘guitar hero’ wasn’t a role like it will be in the next future, with players like Eric Clapton, Jeff Beck, Jimmy Page and Jimi Hendrix.

But they are a band with the guitar, with two guitars!

Even better, they were a band with three guitars and a drummer. Paul was forced to switch to bass guitar when Stuart Sutcliffe, young painter and John’s friend, left the band to be an artist.

Harrison was the best guitar player in the band and he would have never changed instrument, Lennon was the leader and also had a brand new guitar, the Rickenbacker 325 “Capri”. Paul was the only one who had a broken guitar with only three strings, that’s why he had to play John’s old Hofner Club 40, or a piano, when he found one on stage.

McCartney also was a good guitar player, perhaps the most blues oriented of the three. But the strong and powerful sound of the band stemmed from the experienced rhythm section and from the endless live performances in Hamburg’s clubs.

Pete Best was a good drummer and his replacement with the equally valid Ringo was because of his character and his look, not because the way he played drums. Ringo was a companion, a long time friend of the other three boys. Pete was introverted, shy and quiet and did not attend John, George and Paul out of stage. In addition he was also very charming and would have ‘obscured’ the band’s front men.

Paul, finally on bass, immediately brought his experience as a guitar player on the new instrument: his way of playing the bass was innovative, he alternated melodic passages to rhythmic bass notes, but in the meantime he kept  the throbbing and powerful sound typical of beat music.

But the most interesting work of this first period was done by Lennon’s rhythm guitar, and we’ll focus on this. John learnt to play on a banjo and then he found those chords on guitar. Rarely he used the barré and used his thumb to play the bass strings, also helped by the Rickenbacker’s short scale.

The uniqueness of his sound was due, however, by the way he played with the right hand. His strumming was heavy, hard, often syncopated. Rarely he picked all the six strings, but he focused on the central ones, alternating the bass strum.

The video is a small summary of Lennon’s guitar style, both electric and acoustic, in the Merseybeat period.

(Read the rest on Laster) 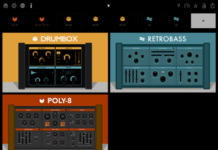 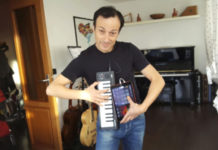 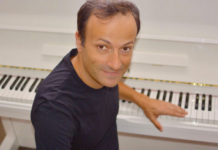 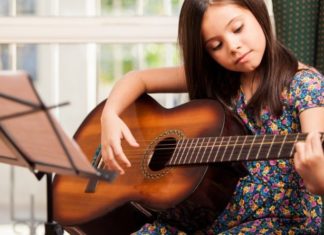