If you are lucky enough to be backstage during one of Tommy Emmanuel’s concerts, you feel the need to do one thing above all else – share it with others. And that’s exactly what we’re going to do. We’re going to write something about his new album and tell you briefly some of the snippets he shared with us before his show at Teatro Tendastrisce in Rome. Although we had seen him live several times, this time was new to us too, because for once he wasn’t alone onstage, but accompanied by a band of Australian musicians.

Tommy interrupted his supper he still had to finish in order to take us on to the stage. He wanted to show us the instruments he was going to use during the concert. He knows we’re quite accustomed to seeing him with only one guitar – two at most. As we came into the empty auditorium we immediately saw the beautiful stage of Rome’s Tendastrisce packed full of instruments. There were keyboards, two placements prepared for guitarists (Tommy and skilled Simon Hosford), a bass guitar and drums.
Climbing up the stairs that led to the stage, we bumped into the rack with all of Tommy’s acoustic and electric guitars, as well as the bench for his personal technician, who is ever ready to pass him the guitar he’ll use for his next piece, tuned and ready. There’ll be a lot of changes of instruments tonight.
The first he picked up was his trusted 1966 Fender Telecaster, rather worn in terms of its finish, equipped with three active Bartolini pickups, that were also to be found on his other Telecaster, a blue 1993 Custom Shop that was made especially for him. The third guitar was a new electric Maton, a semi-acoustic with an amazing sound that he might use later on. The guitars pass through a pedalboard with a Lehle switch, to move from the amplifiers for electric guitars to the small AER, that he uses for the acoustic guitar. The tube amplifiers are a Fender Blues De Ville Hot Rod and a Fender The Twin, but only the Hot Rod is microphoned.
We apologize if some of the information is incomplete, but the trip around was very quick and only possible thanks to Tommy’s kindness. It wasn’t a formal interview and there wasn’t time to ask everything we would have liked to.
There were two overdrives in the pedalboard: one was the famous Boss yellow pedal, the Super Overdrive, the other was a Nobles Distortion. Tommy used them individually, with little gain, and sometimes simultaneously, when he wanted a longer and compressed sound. Anyways, amazing sound! He also had switches with preset sounds on a small rack that he kept behind him: he used a Chorus, a Delay and a very brief Slap Back Delay, that he could insert as he wanted. His tuner was a Polytune from TC Electronics. The rest concerned the acoustics: as usual, they were all Australian Matons. There was a really beautiful new EBG808, that has his name, and one that looked like a Jumbo, but it was still in the rack and we didn’t have the time to see it properly, it was dark.
Not much time to understand, but a lot of time to enjoy: Tommy played only for us a splendid solo version of  “Moon River” with his electric Maton, and delighted us with a brief medley of songs that Chet Atkins used to play, included a beautiful version of  “Chaplin in New Shoes”, in order to demonstrate the versatility of his guitar, that he managed to use to evoke the sound of the late lamented guitarist from Luttrell, Tennessee. But we had to get back to the dressing-rooms, because time was pressing.
Two words with the other guitarist, Simon Holford, led us to understand his setup: two small Fender Blues De Luxe from the Hot Rod series, that he uses in stereo, with an Eventide that creates a constant delay of 20 milliseconds to lengthen the sound even further. Another Eventide is used for the delay on the solos, and the two distortion pedals are Suhr Riot and Wampler Plextortion, while the chorus is by Voodoo Lab.

The beginning is as stunning as ever: applauded by his public, Tommy enters armed only with his six-string acoustic and begins with “The Tall Fiddler”, a piece which he has used for some time as an opening for his shows. Many pieces follow including a medley of songs by Merle Travis (“Nine Pound Hammer”, “Saturday Night Shuffle”, “Sixteen Tons”) and one of pieces by the Beatles, ranging from “Here Comes the Sun” to the famous dual-named “Day Tripper/Lady Madonna”.
The public is in raptures and the evening continues with the band coming on stage. At first the four of them play only egg shakers and sing with Tommy, but from the next piece the music changes. The band (made up of Robbie Little on bass, Kevin Murphy on drums, afore-mentioned Simon Hosford on guitar and Ashley Crick on keyboard) has a great throw in. Hosford alternated between acoustic and electric, he’s really good indeed, and the bass player also has an electric double bass that he uses for some pieces. What is obvious is that Tommy is enjoying himself like crazy: after years and thousands of concerts alone, you can feel the need he had to share the stage. Besides, his career began like that – all of his first albums were electric. The concert continues in the same vein and the encore is played acoustically, as we could have imagined and for the joy of everyone present. We can’t hide the fact it’s difficult to improve something that’s practically perfect. Tommy offers indescribable emotions when alone on stage, and the presence of other musicians almost seems to ‘mask’ his grandeur instead of making it shine, but if he’s happy with that, then so are we!

Little By Little is a new, splendid double CD by the Australian guitarist. Over his long career he has published eight electric albums and three acoustic ones, as well as several live albums, collections, teaching DVDs and others. In this album he’s not alone, but with a band that accompanies him in several sections – all musicians from Nashville, the city where Tommy has lived for several years now when he’s not on tour; among others, the great Victor Wooten is on the bass. What is striking, the first time you listen to this album, is the ease with which his music and his style emerge insistently throughout – a characteristic typical of great musicians. The opening track “Halfway Home” is very moving, as is “The Jolly Swagman”, “Locomotivation” and “Welsh Tornado”, dedicated to the talented young Welsh Gareth Pearson. The work is very varied: there are some pieces that he has played for years in concerts, but here they are re-visited and re-arranged with the band – these include “Guitar Boogie”, in which he creates a stupendous duet with Victor Wooten’s bass; and there are instrumental pieces played with outstanding guitarists such as John Knowles and Doyle Dykes, or songs sung by other friends such as Pam Rose and Rick Price. All of this results in an all-over varied but homogeneous whole, that is pleasant listening even if spread over two CDs. Needless to say, the most intense moments are those where Tommy, in his splendid solitude, makes us a gift of his music.
The notes inside the album cover are an interesting reading too: they explain the different guitars used for the individual pieces. They range from his trusted Matons – including his travelling companion that’s battered from years on the road – to his old 1934 Gibson Kalamazoo, from a Larrivée to a Martin D-28, from a Wayne Henderson dreadnought to a Gretsch Synchromatic and finally a Martin 00-17 from 1940. There’s one for everyone’s taste.
It’s a kind of compendium of many years’ work, as if it was a rounding of the mark. His inclusion of many styles, pieces and added instruments broaden his scene widely. We’re waiting to see what the future holds for this incredible musician, hoping he knows how to carry on giving us these moments of great music and performance to treasure. 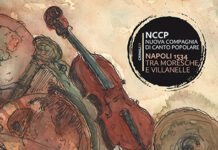 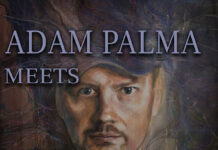